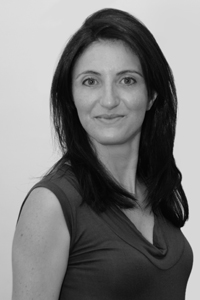 Ms Grech has a Masters of Arts in English Literature and Language. She also successfully completed her Spanish Exams till Advanced Level with the Society of Spanish Dance. 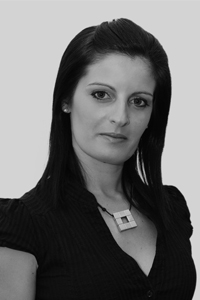 Ms Fiona commenced her training at an early age at the Deborah McNamara School of Dance. She then furthered her studies at Central Academy of Ballet, when Ms McNamara was co-director, where she was awarded both local and foreign dance scholarships. During this time Ms Fiona had principal roles in various local productions.

At the age of 16, she decided to take up full-time dance training in Cheshire in the UK at Kate Simmons School of Dance, where she continued her studies and achieved teacher qualifications for Classical ballet, Spanish and studied Modern Dance to Advanced Level. During her 3 years training in the UK she took part in various productions including a lead role in Beauty and the Beast and also in Allegro Dance Touring Company. In Malta, she formed part of Francesca Tranter’s Company of Contemporary Dance for many years.  She furthered her professional development on the Island, by achieving further teaching certificates in both Spanish and Classical Dance under the guidance of Ms Deborah McNamara. Ms Fiona has been working as a freelance dance teacher, teaching Ballet, Spanish and Jazz with the Deborah McNamara School of Dance since it first opened in 2003 and continues to do so with the Academy of Dance Arts, preparing senior students for major exams.

Ms Amanda started dancing at the age of 3 training in ballet, modern and tap. At the age of 7 she started attending Kate Simmons Dance and then furthered her training joining the full-time vocational college KS Dance Ltd in the UK.

During her 3 years in the college, she trained in many techniques including Cecchetti Ballet, Jazz, Contemporary, Tap, Modern Theatre, Spanish, Musical Theatre and Choreography. She also performed with the Allegrodance Touring company in main roles as well as dancing a solo she choreographed herself which was chosen during a competition. By the end of her training, she obtained a Level 6 Diploma in Professional Dance, her Advanced 1 Ballet and Modern, Advanced 2 Tap, PAE Spanish as well as her DDI and DDE Cecchetti Ballet and Tap teaching qualifications. 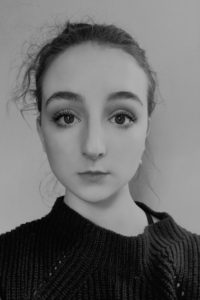 Ms Lucy is a Classical Ballet, Contemporary and Jazz teacher from the UK.

She started dancing aged 5 at the Buckhurst Hill and Woodford School of Dancing where she trained in Cecchetti Classical Ballet method from Standard 1 to Advanced 1 level.

At the age of 16 she decided to apply for full time Classical ballet training and gained a place at KS Dance Ltd, Cheshire, England. There she trained in Classical Ballet, Contemporary, Jazz, Tap, Modern and Classical Spanish. During her 4 years of training she performed Principal and Soloist roles in school productions and with the Allegrodance Touring Company. She obtained her Advanced 2 Cecchetti, Level 6 Diploma in Professional Dance and DDI and DDE teaching qualifications whilst still in vocational training, additionally she received awards for her choreography.

Ms Lucy has received extensive training from professionals in the dance industry in many different styles and has also attended numerous international summer schools and intensive programs.

Christina was born in Malta and has been immersed in the dance culture since the age of nine. She began training at ‘The Dance Workshop’ where she obtained her advanced 2 Cecchetti Classical Ballet with Distinction as well as her DDI Teachers Qualification -Diploma in Dance Instruction.

She then decided to further her dance studies at ‘London Contemporary Dance School’ In 2013 where she obtained her Diploma in Contemporary dance from the University of Kent.

Utilising the training and knowledge gained from her travels, she joined ‘ZfinMalta’, the National Dance company of Malta in 2015. As a full time company dancer, she had the privilege of performing in Malta as well as Palestine and Jerusalem, as part of the Ramallah Dance Festival.

Her curiosity for movement and travels eventually led her to India in 2016, where she attended the ‘Vinyasa Yoga School’ in Rishikesh, the world capital of Yoga, obtaining her Yoga Instructor certification.

Keen to share her Yogic experience, she returned to Malta and began teaching Kids Yoga at ‘FreeMyMe’ in 2017. During this time, was also teaching Ballet, Yoga and Contemporary at the ‘School Of Performing Arts Malta’ and in 2018 took on the role of Dance Coordinator at the School. 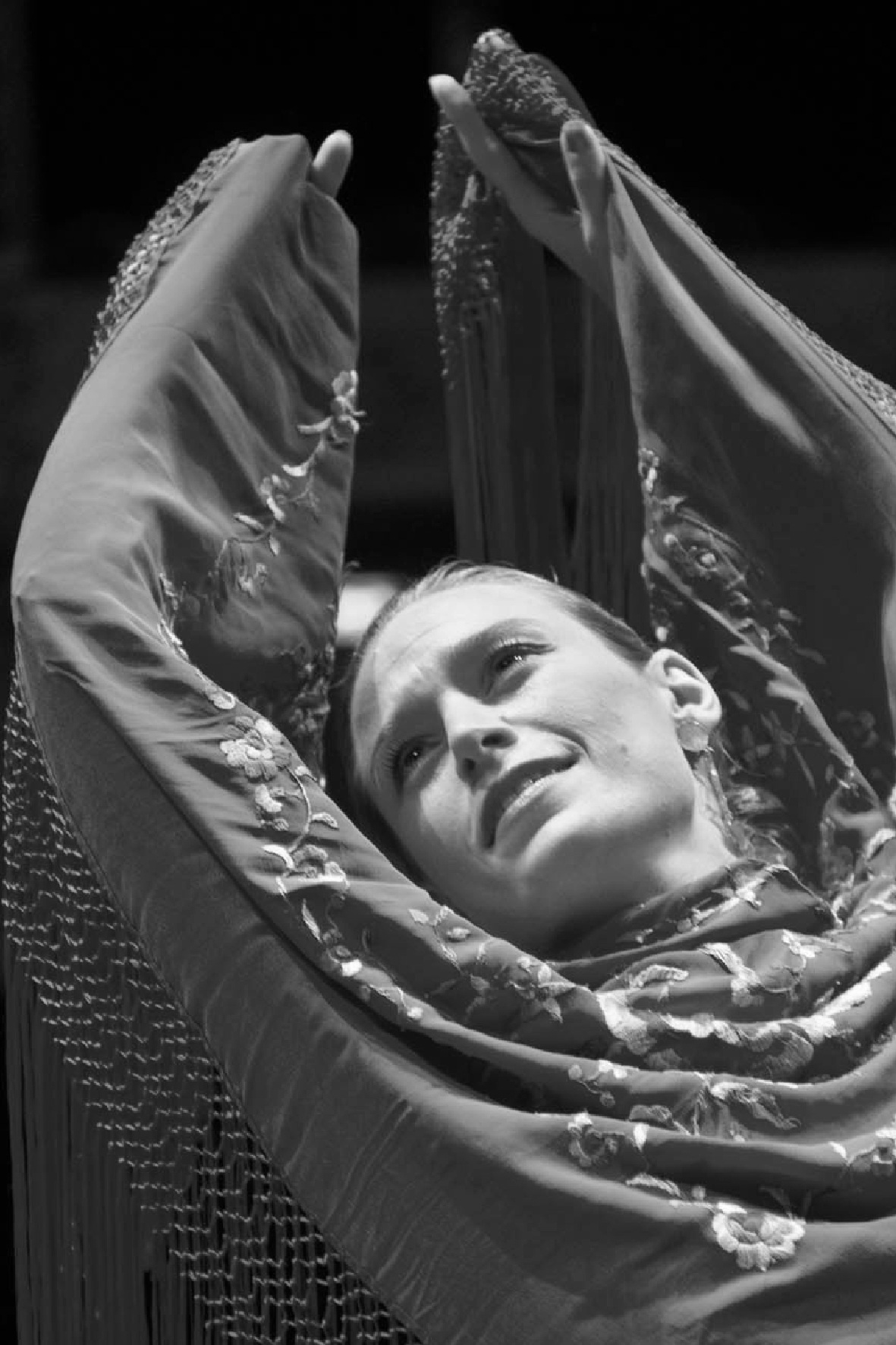 Sara is a qualified teacher, teaching Spanish Dance Society syllabus at the Academy of Dance Arts to different age groups. Sara is an experienced performer and has attended various dance workshops and courses in Malta and Spain. 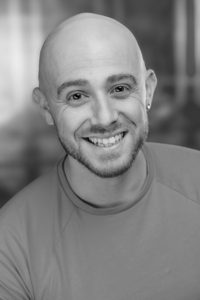 Warren started dancing at the age of 5, Latin and Ballroom with Msida Dance Centre. At the age of 13, still dancing Latin and Ballroom he started diverting into different genres of dance. Aged 17 he moved to the United Kingdom to study at Bodywork in Cambridge- U.K. graduating in a Higher National Diploma in performing arts. Warren completed his three-year course studying dance education at the University of Malta and is venturing on to creating bigger productions and projects locally and internationally. 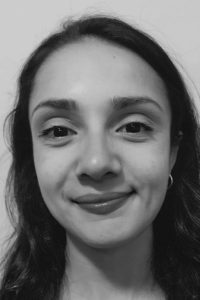 Nicole has been dancing since the age of 5 and has completed both her DDI and IdB 1 teaching qualifications whilst studying at KS Dance in Warrington, England. She has a passion for teaching students of all ages in both Ballet and Spanish dance disciplines and is continually attending courses to further her teaching and dance knowledge. 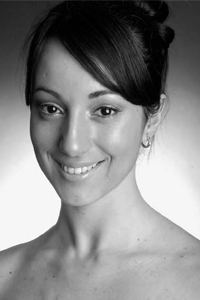 Amanda is a teacher of Classical Ballet and Jazz and currently teaches younger children at the Academy of Dance Arts. She gained her teaching qualifications in Malta in 2001. After that Amanda moved to the UK where she taught at the renowned Vacani School of Dancing in central London for 8 years. 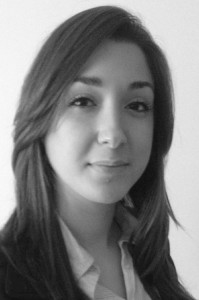 Michaela recently joined the teaching faculty at the Academy of Dance Arts. She has a passion for teaching very young children and is currently completing her dance teaching qualifications locally. Michaela holds a degree in business management. 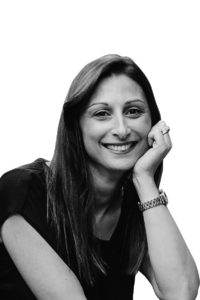 Karina started her dance training at the age of 3 at Tanya Bayona Poutiatine Academy. She pursued her training in Classical Ballet, Spanish, Contemporary, Jazz & National Dancing. In 1989 she took part in the prestigious Concours Internationale in Nice and in 1994 she was awarded the Bridget Espinosa Ballet Award which took her to further her studies for three full months at The London Studio Centre. In 1998 she obtained her Associate Diploma of the Imperial Society of Teachers of Dancing (AISTD) in Classical Ballet at the Kate Simmons Dance Academy in the UK where she spent a year training, dancing amd touring with the school’s company. She is also an advanced member of the Spanish Dance Society. In 1999 Karina together with others formed the flamenco group El Fuego. 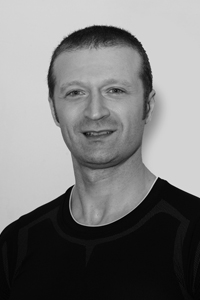 Robert started dancing at the age of 25 at the Tanya Bayona Poutiatine Academy in Salsa and Flamenco. He later added jazz, contemporary and tap under the tutelage of Emma Loftus. Robert took part in many productions and Festivals with the Bayona Poutiatine Academy including, The Gozo Arts Festival and several French Day Celebrations for the French Embassy. He furthered his tuition in Flamenco with Rosanna Maya at Alegria Academy and later joined the Deborah McNamara School in 2003, where he continued to study Spanish, Jazz, Contemporary and added Classical Ballet.

Robert holds the IdB(1) SDS and Advanced Level in Exercise and Fitness. Robert is a member of the Faculty at the Academy of Dance Arts, where he will be teaching Spanish Dance and Fitness classes for all levels.